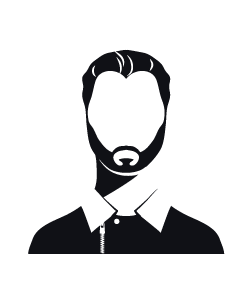 As someone who has always been interested in business, I can tell you that it isn't always easy to make sense of the process. When I was a kid working at my first job, it was really clear to me that I needed to make some better choices. I started working harder to get to my job on time, and then I worked with my managers to improve things across the entire company. I wanted to start a new blog that focused on all things business, since it has always been fun for me to talk about and learn about. Check out this blog for more information.

What's Litecoin All About?

You can't read the financial news these days without hearing about Bitcoin—but what's Litecoin about?

If you're still learning about cryptocurrency in its various forms, here's what you should know about Litecoin.

What Is the Relationship Between Litecoin and Bitcoin?

You can't comprehend Litecoin without some understanding of its relationship to Bitcoin. That's because Litecoin was created, on purpose, to compliment Bitcoin. Bitcoin is seen as a sort of cryptocurrency "gold" that can be stored and saved. It's ideal for aggregating wealth and big purchases. It isn't so great for small things and everyday life.

Litecoin, however, was specifically designed to compliment Bitcoin. Created in 2011, Litecoin is considered cryptocurrency "silver," in that it spends far more easily. Transactions using Litecoin are faster and easier to confirm. Litecoin is also suited to larger volume transactions, which makes it easier for merchants to use.

Where Can You Use Litecoin for Payment?

As far back as 2014 (which is virtually ancient where cryptocurrency is concerned), you could spend Litecoin at a number of establishments worldwide, including eGifter. That site, in particular, was an easy way for both Bitcoin and Litecoin users to convert their currency into gift cards that could be spent in other places, like Amazon and eBay.

More and more large companies are accepting the most common forms of cryptocurrency, including Litecoin. In fact, Litecoin might have the edge, eventually, when it comes to overall acceptance, as companies realize that it works more efficiently than Bitcoin. For example, Uber has been taking payments from third-party vendors that process cryptocurrency for a while, and it could be the first major company to initiate direct acceptance of Litecoin before Bitcoin.

More companies are starting to accept direct payment of Litecoin in just the last few years. For example, shortly after adding Bitcoin to its forms of accepted payment, Overstock added Litecoin, as well. In addition, you can now spend your Litecoin directly on such diverse items as pet supplies and accessories, wholesale jewelry, hotel and travel accommodations, and real estate.

How Do You Buy and Store Litecoin?

Before you can use Litecoin, you have to buy it. Buying it means having someplace to store it. A general electronic "wallet," like Loafwallet, or one specifically designed for Litecoin, like Litecoin Core, can easily do the job.

To buy Litecoin, you can use a credit card or even wire transfers from your regular bank account. You can buy Litecoin directly through sites like Coinmama and Coinbase. Keep in mind that the Litecoin price can vary daily. Cryptocurrency is still in its infancy, and the market is volatile. It's wise to watch Litecoin prices and trends on sites like CoinGecko or TradingView for a while before you start to buy. That'll give you the best idea of when to purchase in order to maximize the return on your investment.